5 Tips and Tricks for Sightreading in Careers in Music

Sightreading can be one of the most anxiously anticipated tasks we have to do as musicians. Whether you’ve been asked to sightread at an audition or you’re getting new ensemble music right before a rehearsal, there are skills you can build in advance and steps you can take once you receive the music to make this challenge easier.

I first learned about “START” from my high school band director when preparing for district band auditions. Sightreading was a requirement for these auditions, so he would test the students who planned to try out on their sightreading in advance. He would even have the entire ensemble verbally list the components of “START” before reading a new piece as a group. Before you play, go through this list, and notice what might trip you up as you go along. The components of “START” are going to account for most of the problematic spots you might encounter.

The more familiar you are with your scales, keys, and rhythms (which you can practice here), the easier sightreading will become. Practicing your scales, thirds, and arpeggios (and other interval combinations) will help you breeze through some technical passages so you can focus on spots that don’t fit into a pattern. By knowing these building blocks fluently, you’ll be able to include some expression into your sightreading. Working in some musicality will greatly increase how professional you sound while playing—even if you play a few wrong notes.

In most auditions, you’ll get a minute or so to look over a piece before you start playing. Once you’ve made it through “START,” silently finger through any spots that look difficult. Make a mental note (or a physical one, if you’re allowed) to take a breath before any of these difficult looking passages so you don’t have to worry about running out of air while you’re trying to play through a finger-twister for the first time. For us clarinetists, if these tricky spots are in a key that might require us to use a specific order of pinky keys or alternate fingerings to play it accurately, make a mental or physical note of that as well.

Keeping a consistent tempo is one of the best ways to make the music you’re playing sound professionally executed, even if it’s the first time you’re playing it. Subdividing is crucial during long notes, so you don’t accidentally slow down or cut them short. If you’re the kind of person (like me) who gets nervous just thinking about sightreading at an audition, pick a tempo that’s slightly slower than you think it should be, because you’re likely to rush if you’re nervous. Keeping a consistent pace will make the music sound better, and it can help ground you and keep you focused through any anxiety or stress you might have. As a bonus, if you don’t rush, you’re less likely to trip yourself up playing difficult passages!

If the music you’re sightreading is for an ensemble rehearsal, the best thing you can do before receiving the music is to listen to the piece(s) you’re going to be playing. This will help you understand exactly how the piece goes together, and it’ll give you some ideas for expression, musicality, phrasing, breathing, and tempo before you sit down for your first rehearsal. If you happen to have a solo, listening will point that out to you in advance so you don’t realize you’re the only one playing in the middle of the rehearsal.

It might seem like sightreading is difficult to practice because you never know what you might be asked to play. I like to use this book as well as unfamiliar études to practice sightreading. Good luck and happy practicing! 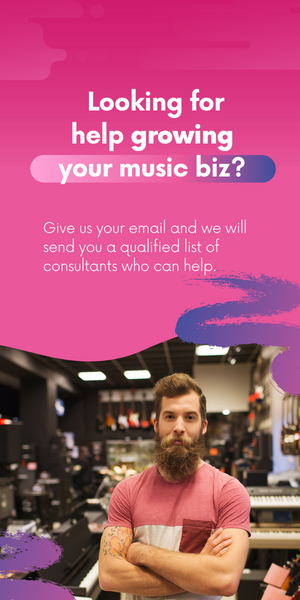