Ultimate Guide to Etiquette for Musicians 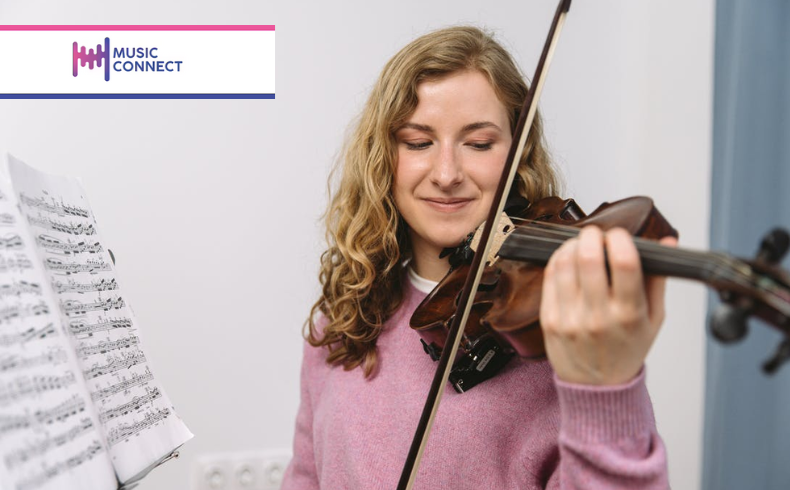 It’s been a while since musicians have performed live regularly. The pandemic limited the opportunities to perform in person. Many have forgotten how to do things correctly. That’s why I’ve compiled this list of etiquette tips for musicians. It will help you feel confident that you’re getting things right whenever you perform live and interact with other performers.

In most cases, if you’re on a stage or raised platform, and the people in the audience are in their seats, their eye-level view is of your lower legs and shoes. Wear attractive footwear that won’t distract from the performance, whether you’re part of a group or the lead singer. If there’s a dress code for a group you’re performing with, follow it. If you’re a solo performer or lead, wear something that draws eyes upward, so people focus on you, not your feet.

Warm up away from your audience, if possible. It’s bad form to get warmed up on stage using a piece of music you plan to perform. It may signal to the audience that you aren’t prepared and must practice your material immediately before a concert. Another issue: The people won’t pay attention to the piece when it’s played as part of the actual concert because they’ve already heard it. Or they may focus on how your actual performance compares to the warm up, rather than simply enjoying your singing or playing.

This should never need to be said. Yet it happens all the time. Members of a group think no one is paying attention to them and whisper something about another musician, the performance, or someone in the audience during a song.

If you’re talking—or even whispering—you’re distracting from the performance. Even if audience members don’t hear you, they’ll sense something’s going on. Don’t talk during a set. Ever. Except in a life-threatening emergency.

Once again, you’re taking attention away from the featured performers, which is unacceptable.

Often during rehearsals, singers sing, or musicians play when it’s not their turn. It can be an excellent way to get to know a piece of music or identify ways to improve the score or orchestration. Just don’t let those improvisations creep into the actual performance. Not only is it poor etiquette, it could derail the show.

Just because you played with other musicians in the past doesn’t mean you can assume that you’ll play every gig with them in the future.

Think about it: Do you expect to be invited to every party? Of course not! Some may be reserved for family members. Others for friends. A few for schoolmates or coworkers. The same is true for music. You may be suitable for one band. And not so right for others.

The critical thing to remember is not to take it personally. Find another gig to play or put on your own show instead.

Like many of the other things on this list, tapping your foot during a performance distracts from it. When no one else’s foot is tapping, and yours is, it can draw attention from the show. As I’ve already covered, if you’re on a stage, your toe could be at the audience’s eye level, making the situation very distracting.

The song is over. What do you do next? Enjoy the applause, not shuffle your music (or click your device) to find the next piece.

Make it a rule to wait until the applause is over and then get the next piece ready unless your group has planned another way to switch to the next song. Acknowledge and appreciate the applause while it’s going on. Fiddling with paper or a device while people are applauding conveys that you don’t appreciate their appreciation of you.

When you’re performing, flip the page as quickly and quietly as possible. Nothing breaks the mood of a superb performance quite like a rip-roaring page turn during a soft oboe solo.

You’re at a gig, and there’s limited time to get set up between sets. Maybe you want to borrow the drum kit already on the stage. Or perhaps you show up and realize you left behind an amp and want to use one sitting backstage. Always ask to use someone else’s instruments or equipment. Or wait until they offer. Don’t just assume it’s okay.

Most musicians are willing to help and share the tools of their trade. However, some are not. Maybe they’re sensitive about their settings, or they don’t like other people using their things. You wouldn’t walk into someone’s home and use their tools or kitchen gadgets without asking. The same should be true of musical instruments and equipment.

It may seem innocuous, but don’t ask to be in someone’s band unless there’s an opening you’re qualified to fill. It could come across as disrespecting the talent of the people currently in the group. It may force someone to reject you, putting them in an awkward and uncomfortable position. It’s good form to be thoughtful about asking to become a member of a musical group.

Limit your facial and body responses while performing. Celebratory high-fives, elbow bumps, and frowns have no place while on stage. In the same way, if someone misses a note or an entrance, nothing draws attention to it like a raised eyebrow, stomp, whoops, or expletive. Keep your feelings to yourself. Chances are that no one in the audience noticed, and your drawing attention to it will only reduce their enjoyment of the performance.

You may not like another musician or appreciate their talent. That’s fine. You may not be compatible or understand their style of music. Or maybe they’re just bad. It’s no big deal unless you start expressing your feelings about it in public.

Social media makes it easy to say things without thinking. Never put something out there about a musician you could regret. Not only is it improper, but it could also impact you—and your career—negatively. Not only will the musician you dissed dislike you. So will their fans. And their friends. And maybe your fans and friends, as well. Losing a load of potential fans because of a spiteful comment is the ultimate etiquette faux pas.

It’s easy to become mesmerized during another band member’s performance. Maybe they pulled off something during the show they couldn’t do in rehearsal. Don’t stare at them or react in surprise. It will draw attention from their outstanding work and shift it to you. Stealing attention from a stellar performance is poor etiquette. Always stay focused on the audience and entertaining them.

Musicians are a competitive lot—from battling to get into top music schools to striving to win a battle of the bands. You may be tempted to act out when you don’t win. It’s never worth it. It selfishly takes away from the victor’s moment in the sun. And it will make you unpopular with the other competitors. Always make it a point to celebrate other people’s victories. If the golden rule is true, they’ll do the same for you when you win out over them.

A bow is a nice way to show your audience that you appreciate their applause. Don’t bow too slow or fast. Bow while saying “do-re-mi” on the way down, and then come back up at the same speed. When bowing with others in your group, someone should lead the while others follow. Nothing can destroy a stellar display of ensemble musicianship like not being able to all bow at the same time.

Most of the etiquette tips on this list are pretty simple to adopt, and they’ll go a long way to fostering good relationships with other music professionals and fans. Don’t think of them as “rules” or a burden. Instead, view them as steps you can take toward being a better person by treating others well.

No comments to show.